My trip to Erkna Island

I have finally gotten around to writing about my stay at Erkna Island, which turned out to be a different experience than expected both for good and bad. The good part was to experience the magic of this island, in the words of the island's lighouse keeper, Geir- Egil, “there is something about Erkna, that makes you want to come back, every time." I could not agree more, but the island also has an ugly side, which can be traced back to human ignorance.

Few places are more difficult to get ashore than Erkna Island in rough seas, so it was a long shot to attempt a landing with the strong winds we had that day. Fortunately Geir-Egil turned out to be the kind of guy who likes a challenge. Also he is probably world number one when it comes to navigating the treacherous sea around Erkna. (“Harr!" Yes, I know.) These waters are actually “famously" difficult, mainly due to the combination of open seas and shallow waters and reefs in a wide area around the island.

As we approached Erkna we fastened the main boat in a buoy, and jumped in the smaller dingy boat along with 20kgs of photo gear. To get ashore we had to time the waves and go full speed immediately after the first wave since they could break across the boat. To keep the boat from being washed onto a rocky shore, we had to be quick and clip a rope onto a wire across the small bay. All great fun I can assure you, except the time when the photo bag almost jumped rail. 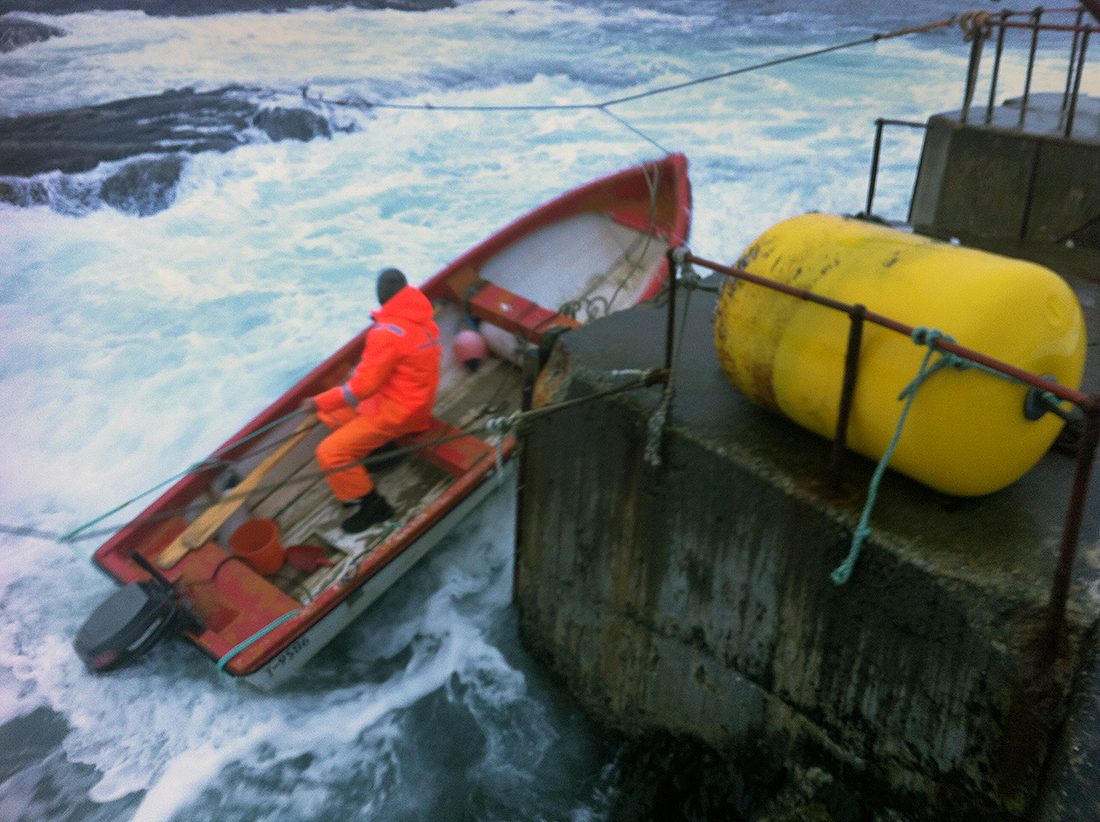 Jumping onto- and climbing up the small, rusty ladder to shore felt like a small victory. I had come all the way from Bergen, with the trip to Erkna as my main goal. Also there were plenty of naysayers who told me that landing in these conditions would be impossible. With the help of Geir-Egil, not so impossible. 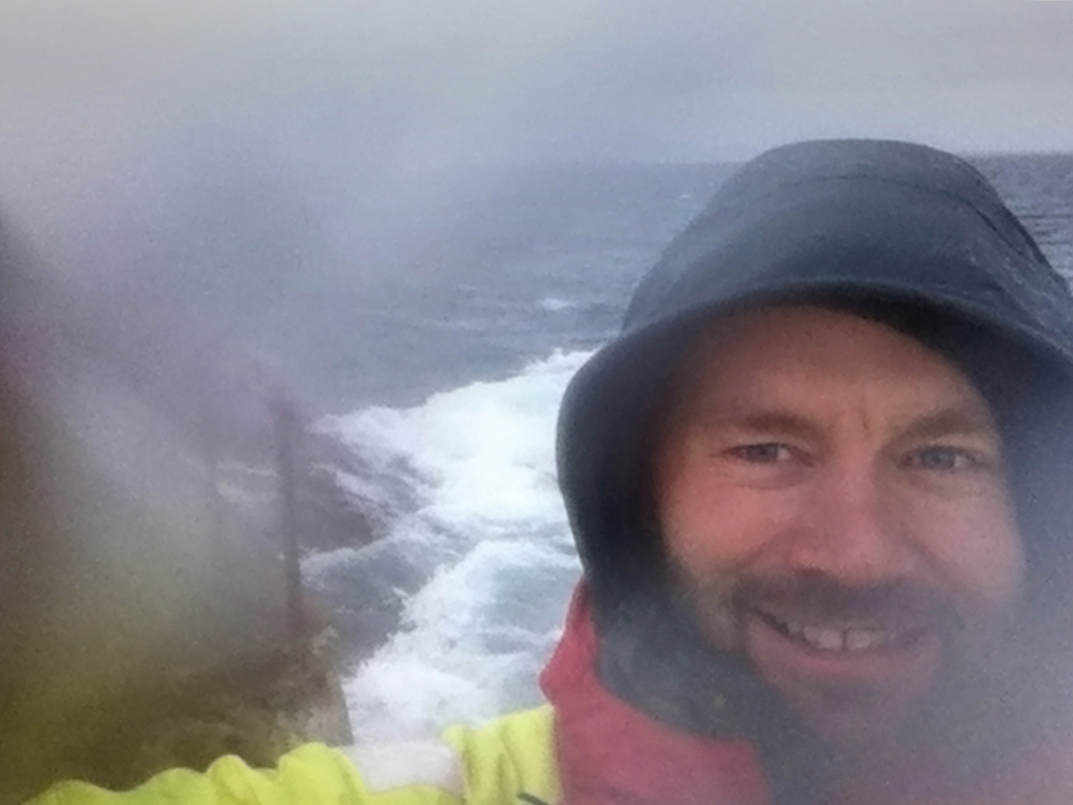 After coming ashore is was greeted by the islands pair of sea- eagles, not a bad start. With heavy rains and strong winds, I am glad that I got to borrow the key to the lighthouse- keeper's quarters. The lighthouse was built in 1870, attacked by planes during WW2 and since rebuilt 1948-1950s. During the war the cave on Erkna served as a hiding place for agents before being picked up by English destroyers for transport to Shetland and England.

Rumor has it that the lighthouse is haunted. After locking myself in I got a bit of a scare.. In the dark, steep stairs there was an angry pair of eyes staring right at me! Turned out it was a life- size, and very realistic owl figure. Anyway I slept well in there, feeling like home I spent some time thinking about how it must have been to live out there in solitude – with so much time to think. 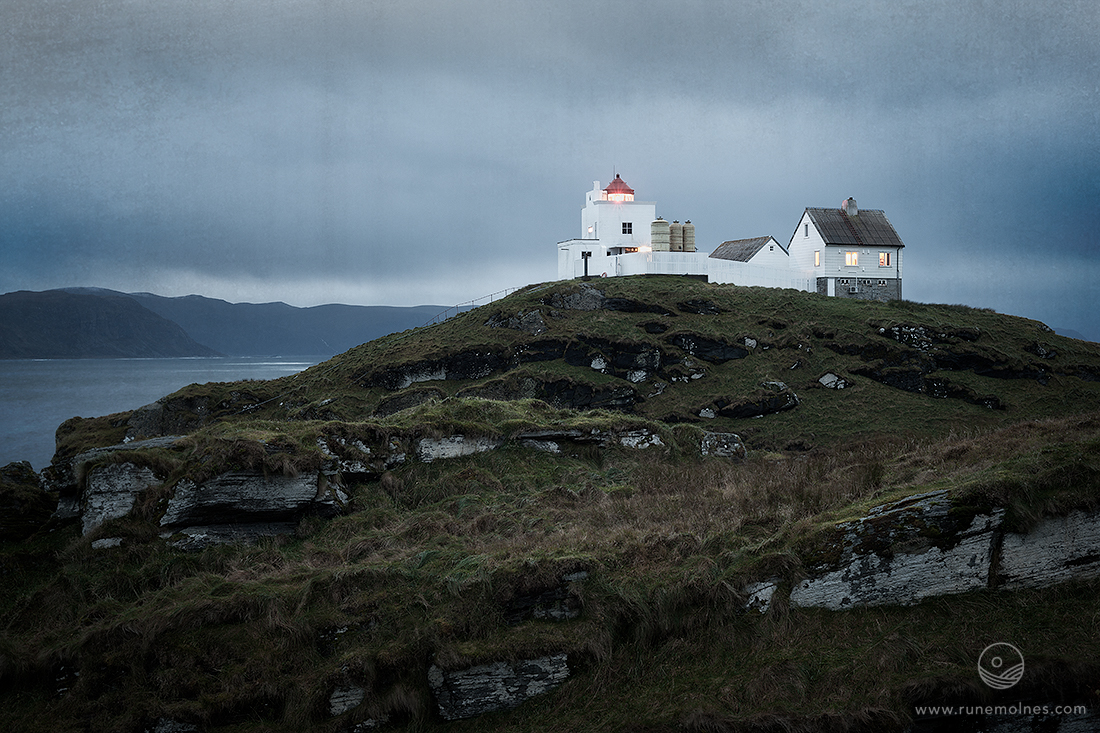 Next morning I ventured out to spend the day walking the Island full circle, taking my time and looking for that elusive, perfect photograph – exactly like I had dreamed about and visualized the night before. I just love these moments, the freedom of it and the anticipation in the air.

What met me was a very mixed experience. Just below the lighthouse, towards west, I found a lovely cave- like crevasse that had been beautifully shaped by the ocean at times when the ocean level was much higher. I went in to see if it had some photographic potential only to find an old waste dump there. Apparently lighthouse- keepers of the past had dumped things like refrigerators, washing machines, and other metal scrap down there thinking “out of sight out of mind". Also the entire island turned out to be littered with plastic waste, everywhere. I am sure that I could, given the time, fill at least ten king size containers with various plastic items from this little island. Needless to say, this is not particularly healthy for all the sea- birds that nest there, nor for the wild sheep that grace there. These are only things that by chance have floated ashore here. Imagine all the items tossed to sea by fishing vessels, offshore vessels etc which have sunk to the sea floor. Heck, I even found entire plastic conveyor- belts, probably tossed to sea from a factory trawler or similar. Something tells me that our seagoing vessels need a change of culture and mentality among its crew.

For a nature photographer it can sometimes be tempting to focus only on the small bits of unspoiled nature that we are lucky enough to find here and there. Erkna has a special place in my heart, therefore I want to bring home the message that Erkna is drowning in litter. I know that there are plenty of people out there, who genuinely care for Erkna Island; people who can help me spread the word. I would really appreciate if we could summon enough volunteers to clean up the island. However, volunteers is not enough, we would also need the support of the county council to be able to transport the litter off the island.

According to the initial agreement between Geir-Egil and the Coastal Administration, he should take care of the lighthouse, in exchange for the possibility to generate some modest income from tourism. Not too many years ago, Erkna Island was turned into a bird sanctuary, effectively blocking any chance of having visitors come to the island. Some bird sanctuary huh? If the county council wants to actually protect the birds, the best they could do is to clean up the island, not stop the handful of people that go ashore every year. 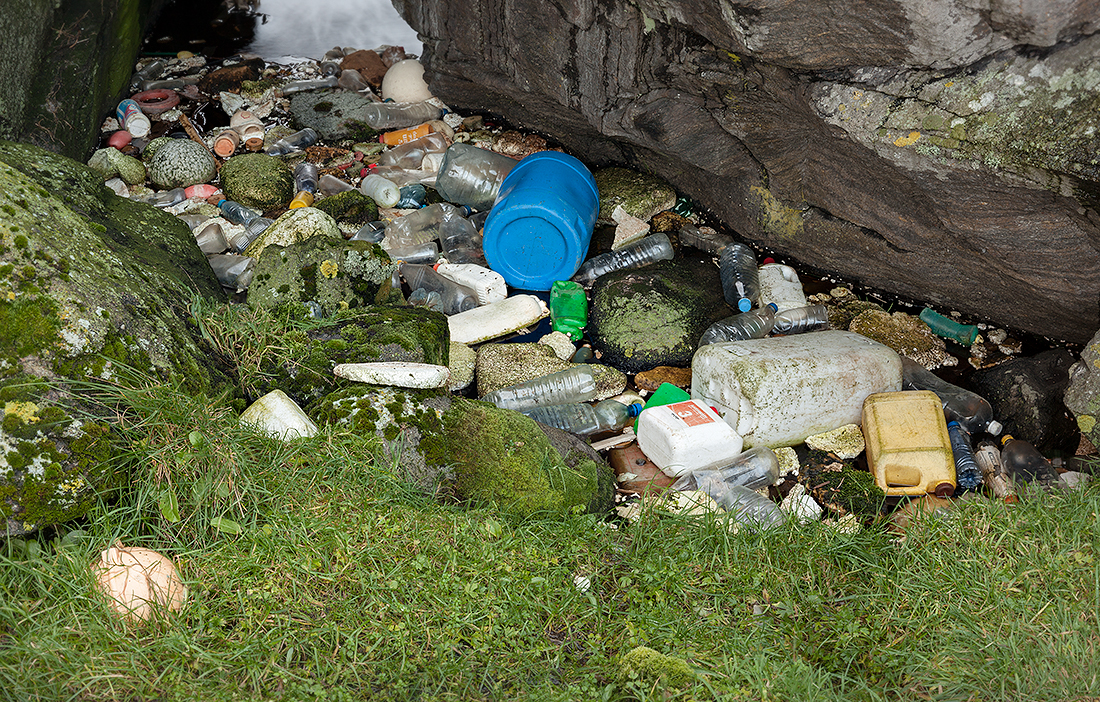 I spoke to Geir-Egil a few days ago to catch up on what's new since we last visited Erkna. Turns out he is selling his boat and handing in his resignation as keeper of the lighthouse. This means that the historical buildings on Erkna will be left alone to deteriorate. Sadly, he also told me that his faithful companion, Scott had passed away in January. His dog, Scott had the best sealegs. I got to meet him in 2004, on a lovely summer's day. Scott ran over to greet me, and I took some portraits of him. At that time Geir-Egil had just begun his task of looking after the lighthouse. Scott received a royal funeral at Erkna. He was carried to his final resting place flanked by two sea eagles and all the wild sheep on the island, a better procession can one hardly ask for. 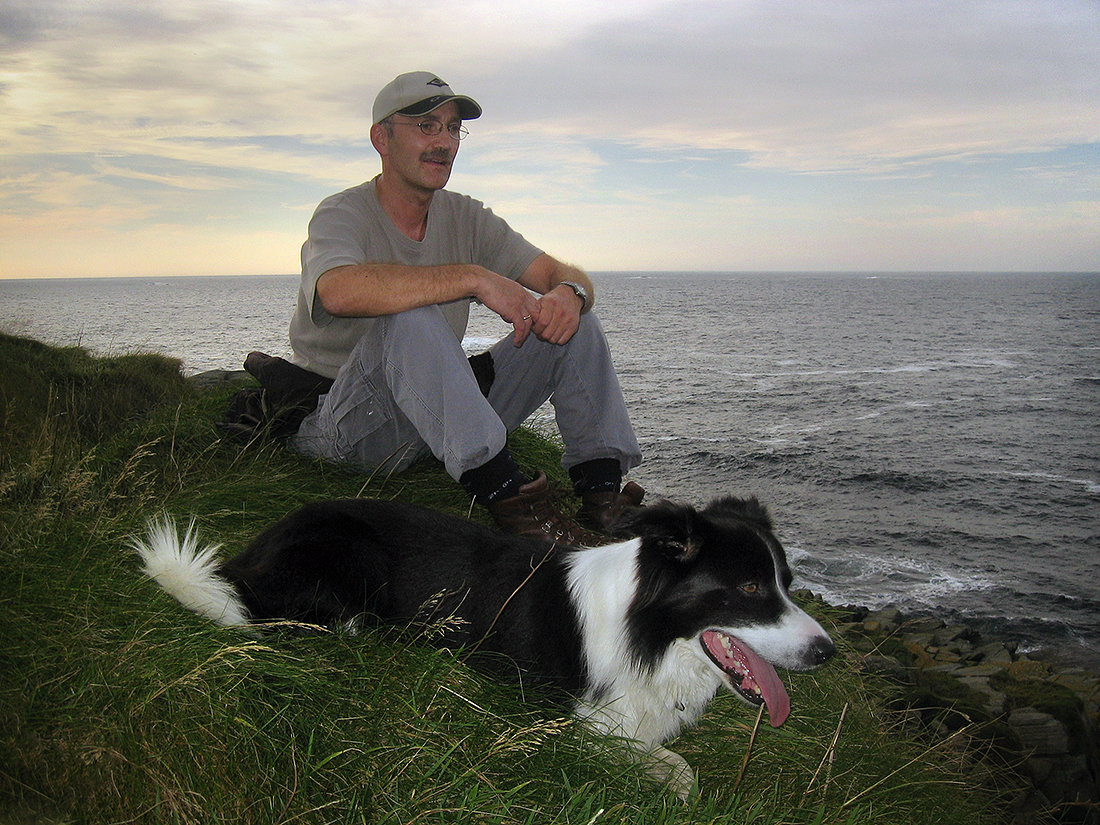 Geir-Egil warned me before we went out to Erkna – that I stood the risk of being infatuated with this small piece of land out in the North Sea. He was right about that, and I will for sure come back for longer stays in the future. Possibly arriving by kayak, and I'm already looking forward to it :-)

Below you will find some of the photographs that I brought back with me from my short stay at Erkna Island. This first trip was more of a recon trip to gauge the photographic potential out there. Turns out there are plenty of it – I only have to wait for the right light and sea conditions.

UPDATE: Turns out, that after handing in his resignation, Geir Egil was offered more reasonable terms for his work at Erkna. So it is with great joy that I can tell you that the lighthouse won't be going to ruin any time soon. In his last e-mail, he mentions that he has hopes of staying on Erkna Island until he has to be carried off ;)

Now if only something could be done about the mountain of litter out there. Perhaps an application directed to the right person or organization could lead to the necessary funding of such a cleanup operation? With the help of local volunteers I am sure it would be a feasible undertaking. I would be the first to volunteer in the cleanup. 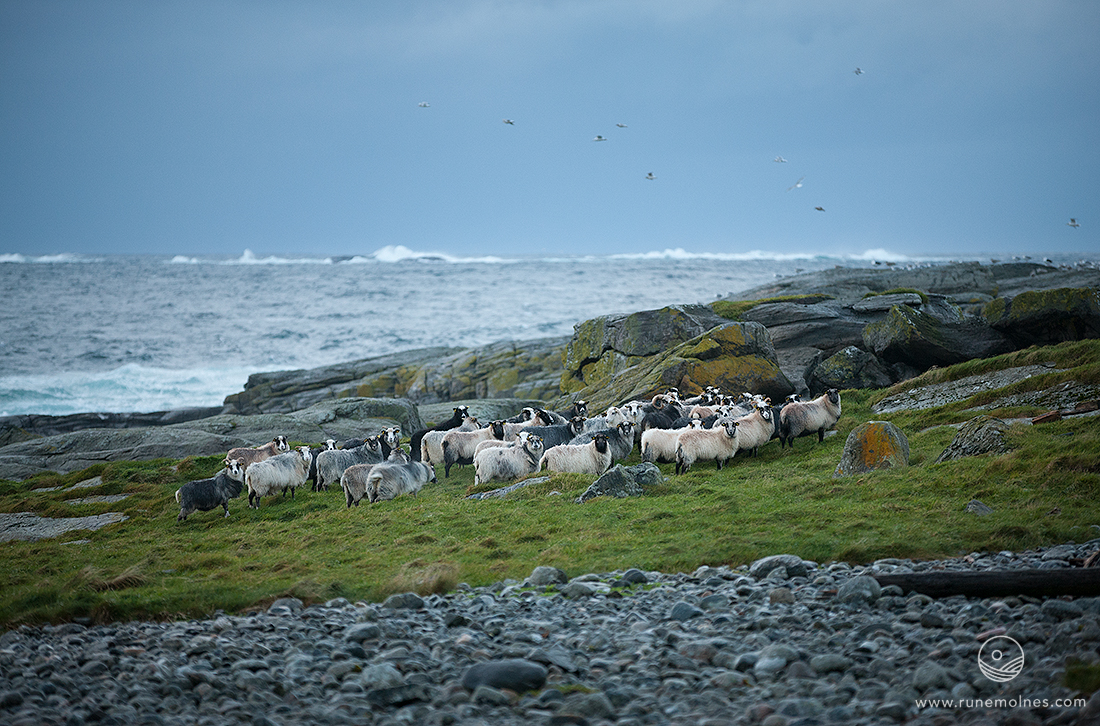 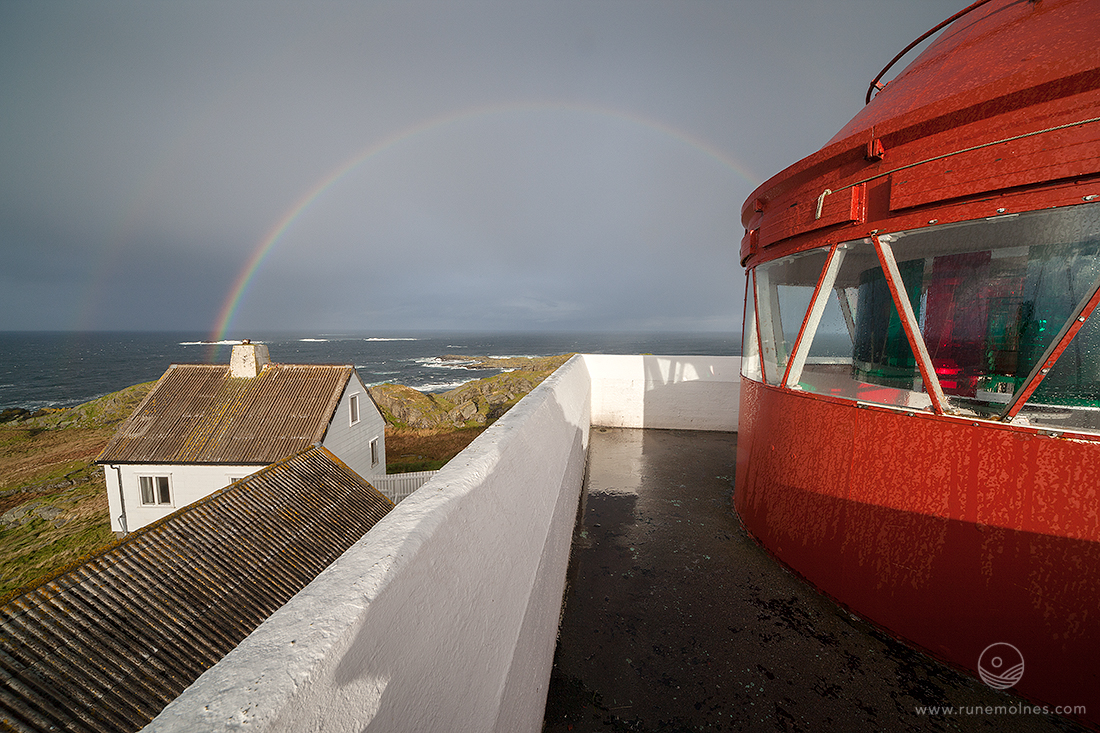 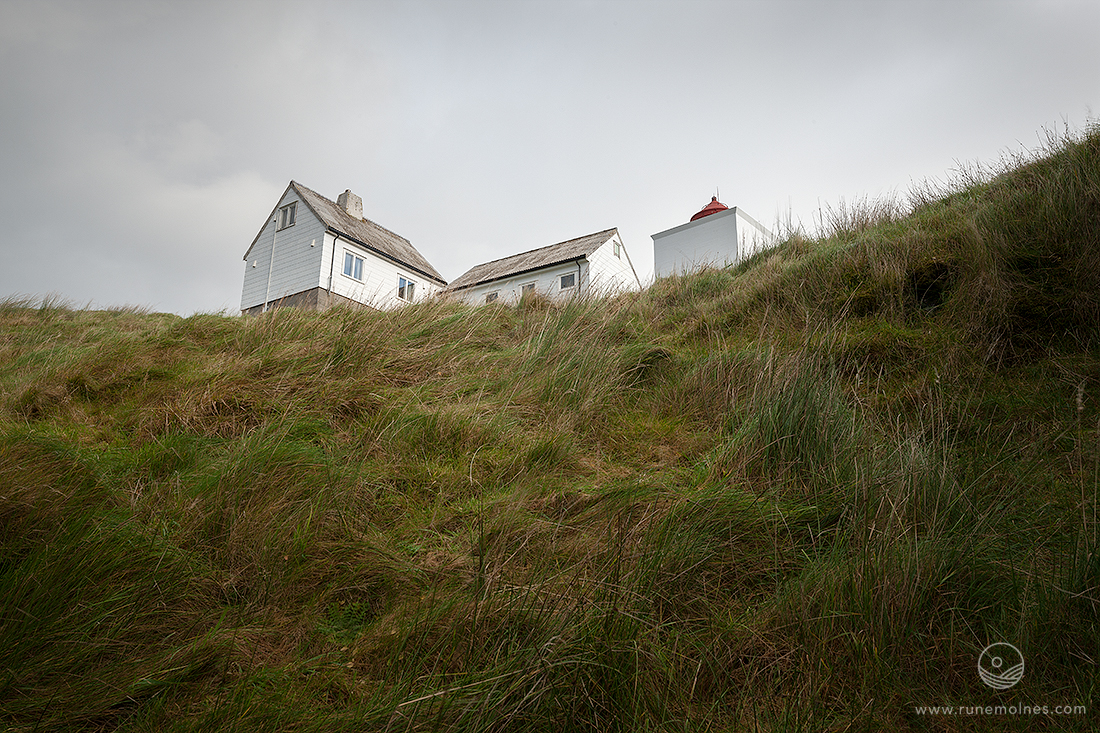 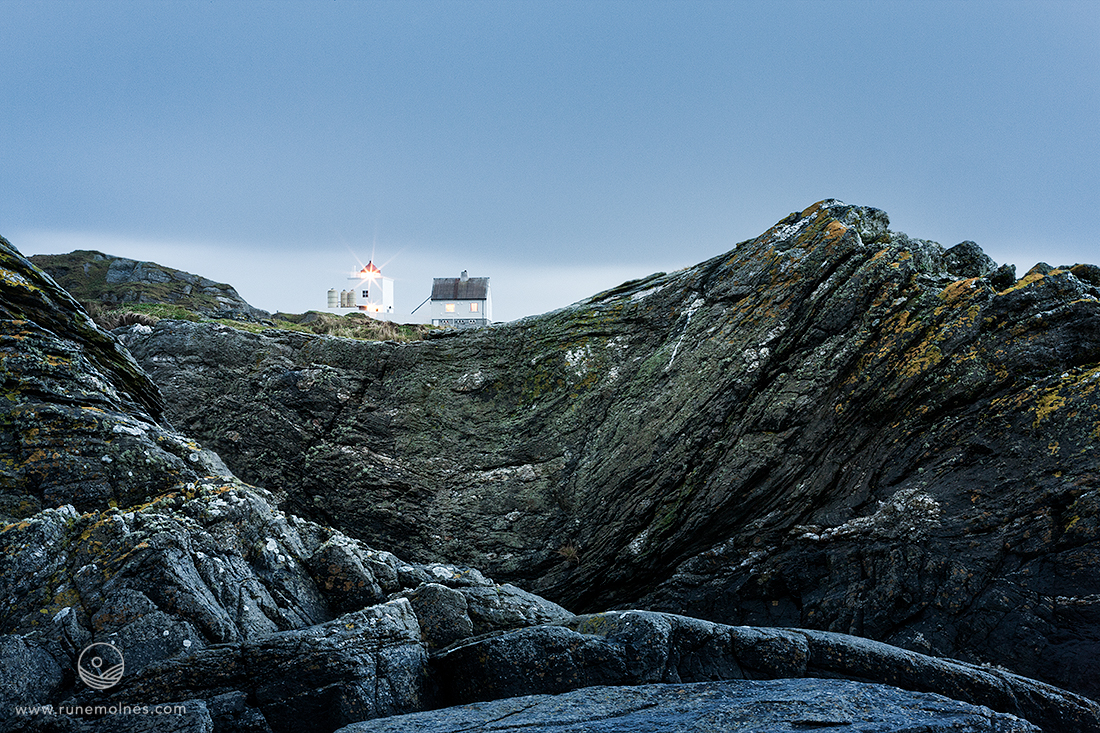 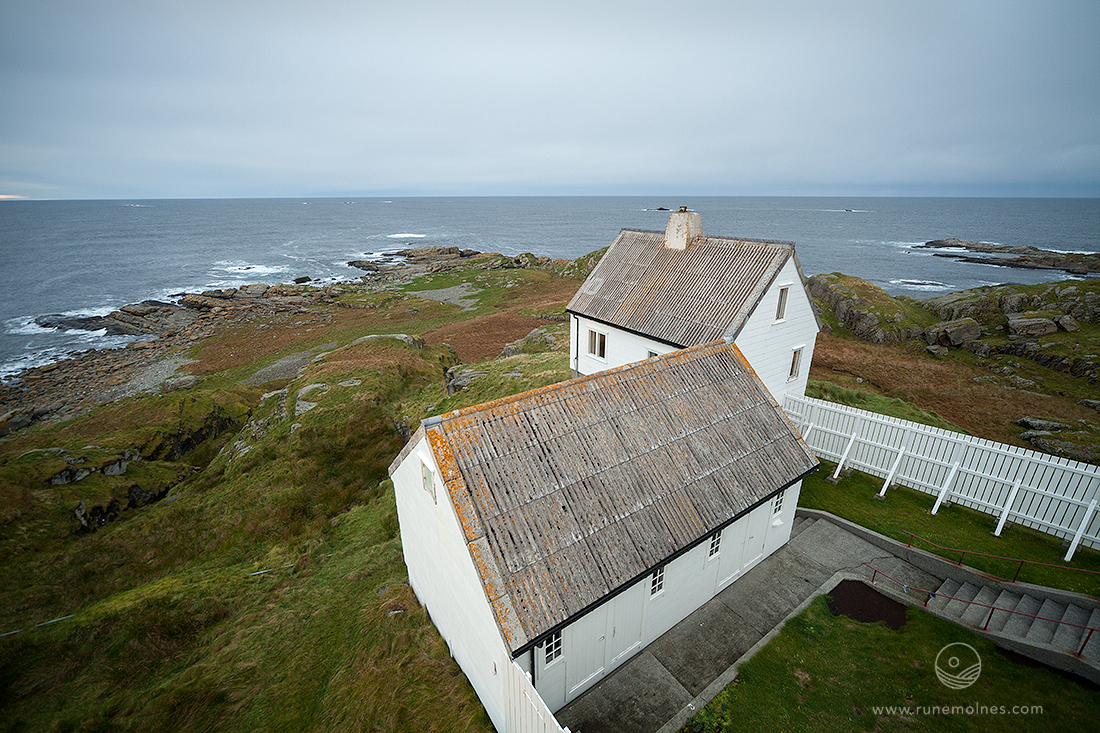 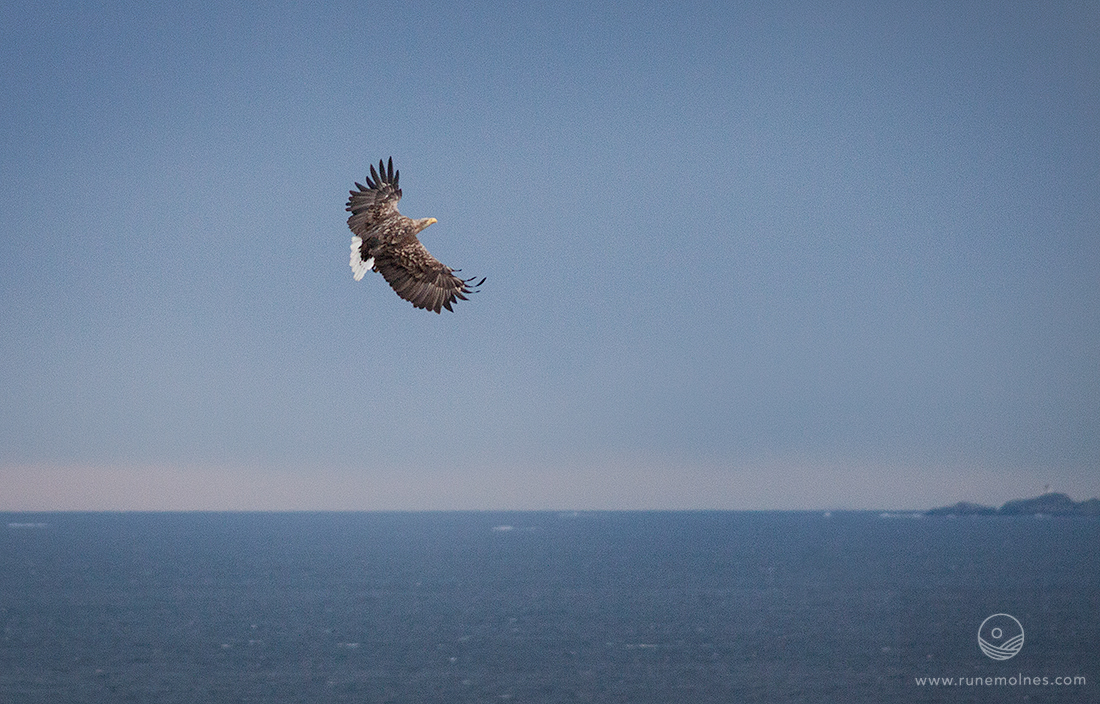 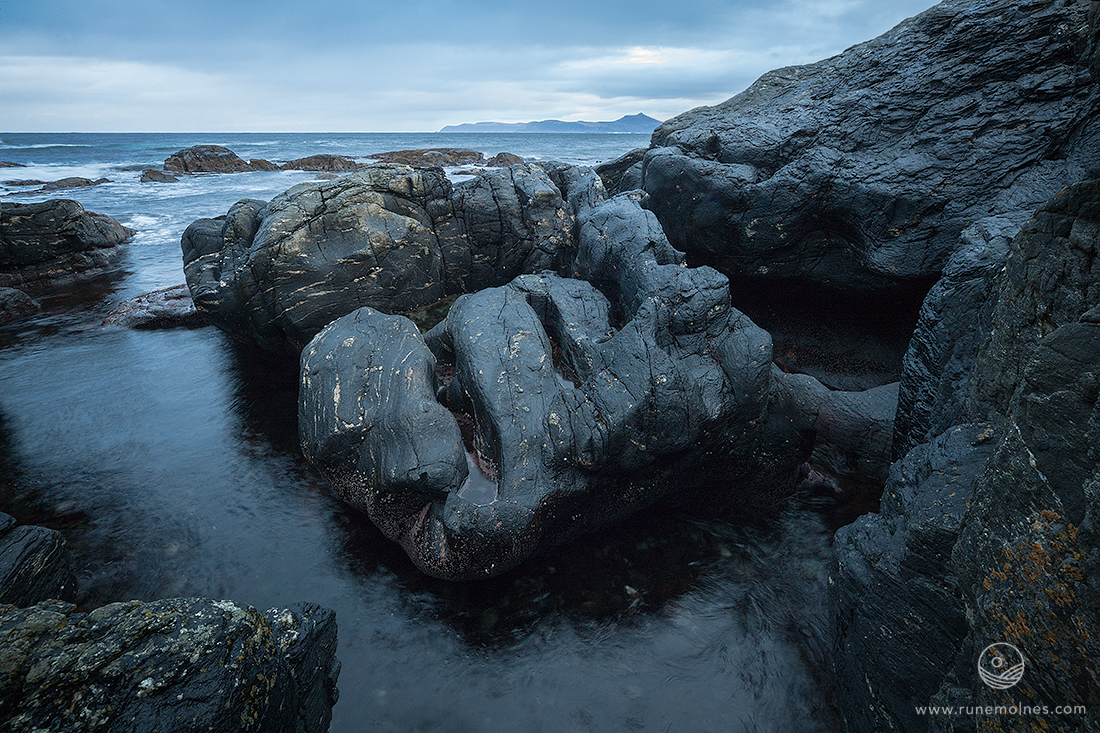