While out jogging today I stopped under a birch three. After regaining my breath I focused in on something in front of my nose. There it was - my first irrefutable evidence that autumn was at hand. A leaf - half yellow, half green.

It struck me that I probably had the exact same expression on my face as that of my oldest son a while back. He was resting on top of my chest running his fingers through my beard - suddenly his playful expression changed to that of quiet dismay as he zoomed in on the gray, unwelcome newcomer on my chin. The close focusing distance made him a bit cross- eyed and funny- looking, but to him this was dead serious. Between his thumb and index finger he held irrefutable proof that his father had entered the autumn of his life. I could literally see his heart sink in the expression on his cute, freckled face.

The wonderful, eight year old human being resting on my chest was already way too familiar with death, having lost three close relatives in a short time span. So I felt a strong urge to reassure him. "Do you think that I'm old now that I have a gray hair in my beard?" I received the polite answer. "Do you remember that episode of "Newton" where they spoke of biological age vs. chronological age? I'm actually quite young biologically speaking. Besides I plan to keep in shape, so that you will have a hard time chasing me up the Molnes- mountain me when I'm seventy." Well, one can hope, at least. I could see in his face that he was picturing the scene in his mind's eye, with a hint of a smile.

Back in the forest, as a drop of water fell off the leaf in front of me - I reminded myself that autumn has indeed been a favorite season since my "photographic awakening" back in my early twenties. No need to mourn the summer which had passed way too soon.

It is fascinating how my passion for photography and its communicative power has transformed my mindset. Including how I see the world in a more mindful way.

By the time of posting these scribbled, personal notes in this journal, end of autumn has come. Outside only a few stubborn leafs still clinging to wind- battered branches. When life's winter comes along I hope it will be a productive and meaningful one. Photographically speaking I hope the best is yet to come.

As for posterity, how sweet the thought, of having my life's work speak to generations to come. My photographs are not going away any time soon, and they are so much a part of who I am. 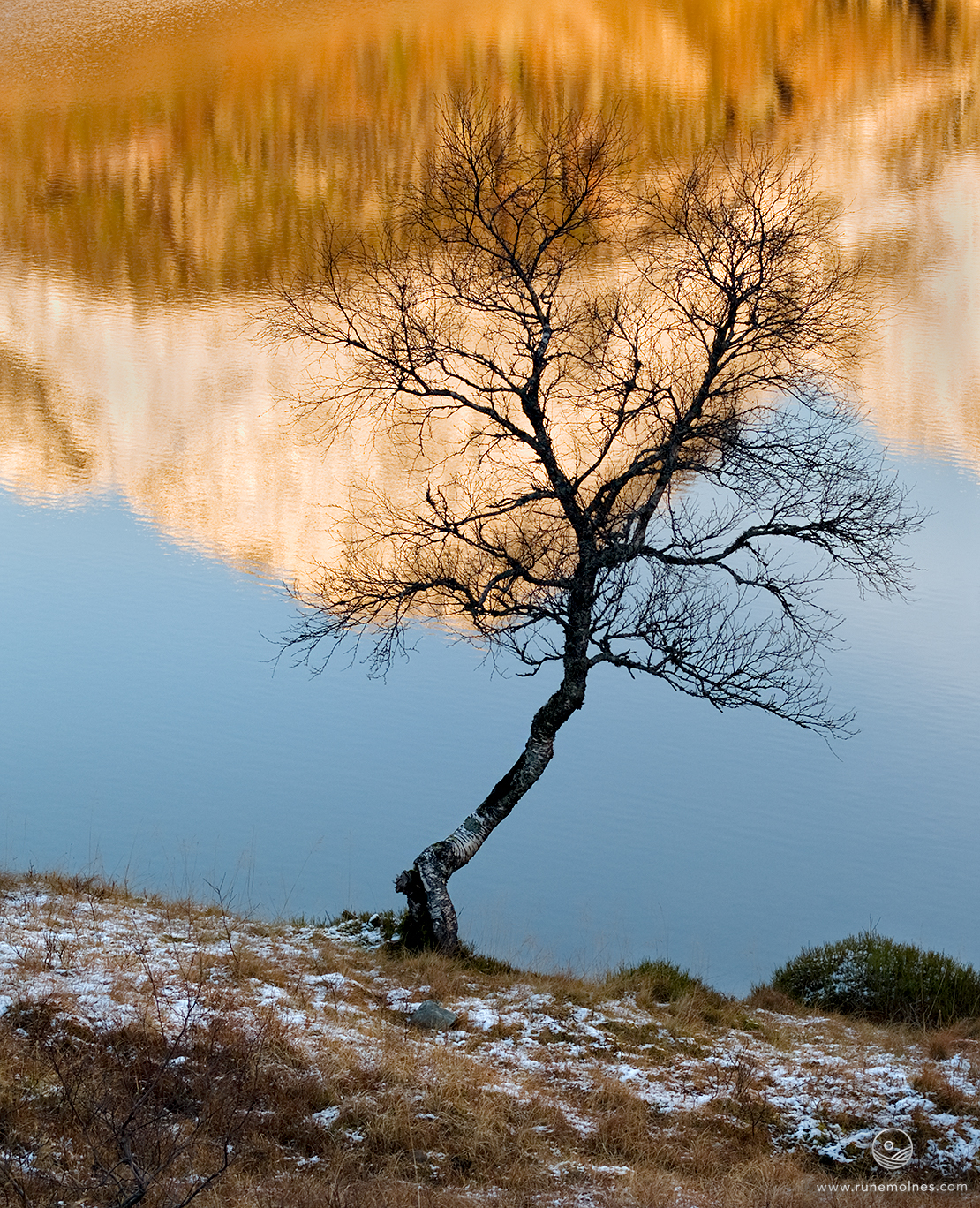